The first issue of Kin Poetry Journal is complete, and we have rolled into issue ii.  This month's featured poet is Wendy Videlock, author of Nevertheless.  We will be running four of her poems, and the first of these, "Reprieve," is already up. There is also an interview I conducted with Wendy.  Here are the two of us from last year's Western Colorado Writers’ Forum. 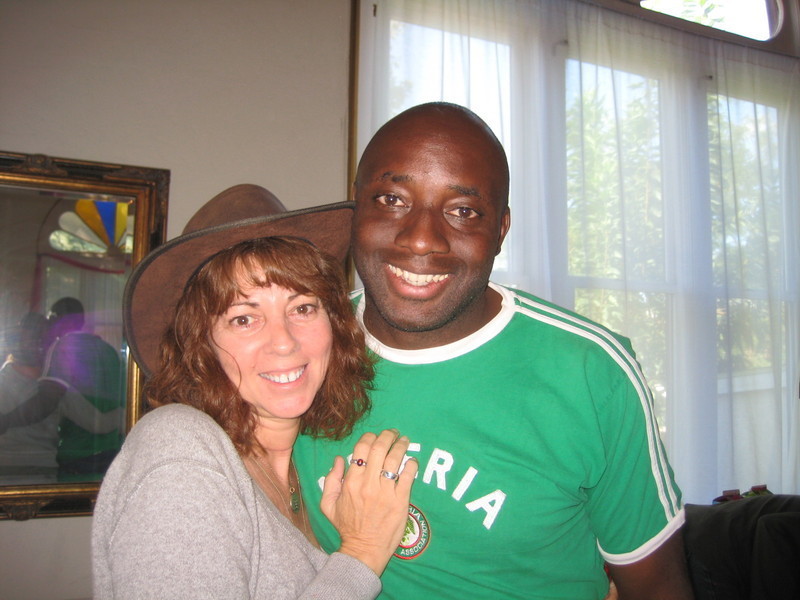 Meanwhile our contributors to issue i have been keeping busy.  Derrick Austin's poem "Lineage" received third place in The International Reginald Shepherd Memorial Prize Contest judged by C. Dale Young and sponsored by Knockout.
Anna Evans just completed a 2-week residency at Virginia Center for the Creative Arts.  Also Anna has a villanelle, "Weltschmerz," in the Summer 2012 special issue of "Adanna, How Women Grieve."
John Foy just returned from the Ashland MFA Summer Residency program, where he was a guest poet/editor. He gave a reading, served on a panel discussing First Books, and advised students on their manuscripts. In June, at the West Chester Poetry Conference, he gave a paper on Thomas Hardy’s poem “During Wind and Rain” (related to his essay on Kin) and served on a panel discussing the Carmine Street Metrics reading series in New York and its affiliation with the online poetry journal Umbrella.  This fall John will read again in a collaborative performance piece called “Family Feelings” based on A.R. Gurney’s play Cocktail Hour. The piece blends poems by John and other poets contrapuntally with text from Gurney’s play. Among the other readers will be the actor Mark Hofmaier. It will be performed on October 19 at the Society for Ethical Culture in New York.
And there is news from the Kin crew as well. First of all Wendy Chin-Tanner and her husband Tyler got a chance to pal around with the POTUS.  Presumably he has now read all of Kin's first issue, considering he is a fan of poetry. 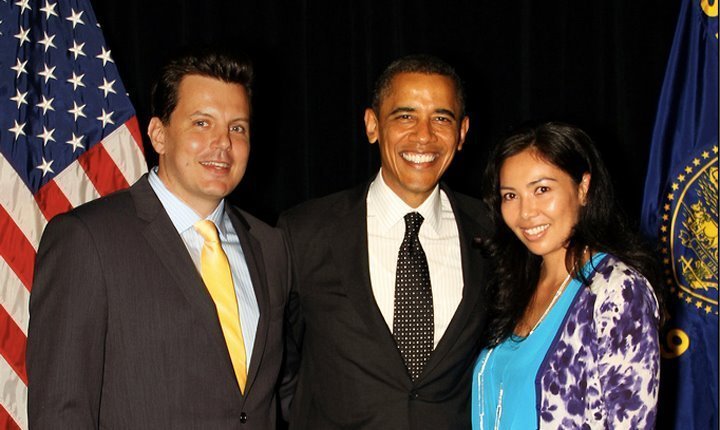 Walter Ancarrow, won the 2012 X.J. Kennedy Parody Award for his poem "Sea Dirge."
I have a poem "Yamato Nadeshiko" out on New Sun Rising.  I also contributed a Jazz selection to the Largehearted Boy playlist of songs to go with the essays in The Beautiful Anthology, and in particular my essay "21st Century Beauty in Poetry."