Happy New Year to you from all of us at Kin.  Of course I'll say we're excited to have so much in store for you, dear readers, in 2013, and you should certainly think "yeah yeah," and wait for the proof in some currency of pudding.  Well, it's a particularly stunning offering this month, with pudding from one of its most famous sources: The Cotswolds (other pudding providers are also available).  Alison Brackenbury joins us from Gloucestershire, England with a self-interview exploring several topics of interest in British Poetry.  We've already published a poem and an essay by her, and now we'll have four more of her poems.  She has been very kind to our eager interests by sharing four poems each strongly rooted in a place, starting with "Chatcombe at night." 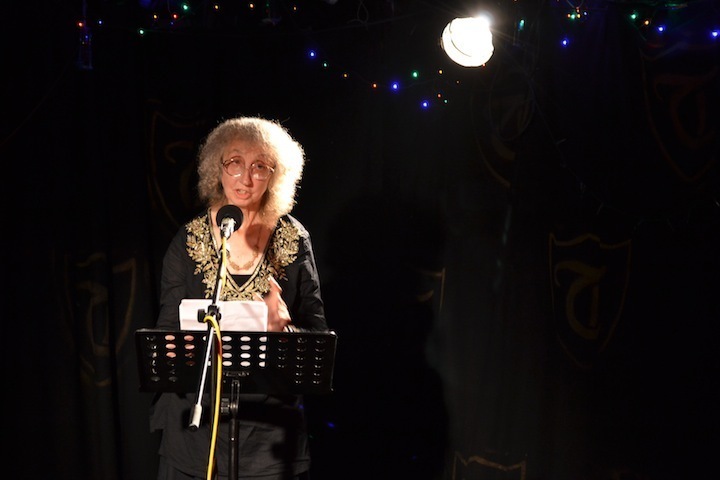 (Image from Magma Poetry)
I do believe it was Kin contributors who rolled up their sleeves to prevent the end of the universe in December.  And how do you achieve such a feat?  Through facta optime opera, of course! Rick Mullin's chapbook, "The Stones Jones Canzones" is out this month and can be ordered now at Finishing Line Press.  Jenna Le's poem "A Bruxist Manifesto" appears in the current issue of 32 Poems and "On Being Asian-American" in the current issue of Crab Creek Review.  Maryann Corbett has a sonnet in the Fall/Winter 2012 issue of 32 Poems, and Mike Finley has published her crown of sonnets about St. Paul's University Avenue as an insert in the latest issue of LIEF Magazine.  I do admire an editor who will publish a sonnet crown in this day, and of course also the poet who writes one worth publishing.
Last issue's featured poet David Mason will be having a big 2013; his opera with composer Lori Laitman, The Scarlet Letter, will premiere at Opera Colorado in May. Tickets are available now (I've purchased mine!)  Mason's libretto is a fine work of poetry in its own right, which you can also order right now.  He's also recently completed a new one-act opera libretto for composer Thomas Pasatieri, so we expect to have much ore news from him in this space.  Another good friend of Kin from Colorado, the formerly featured Wendy Videlock has five new poems appearing in the January issue of Poetry.  She also has as an illustrated book of poems, The Dark Gnu, forthcoming from Able Muse Press this month.  She has described this collection as 'an odd little book/for the drifters and dreamers/the tygers and sages/and the children of all/inconceivable ages'.  Wendy also has poems in the latest Able Muse.
I'd be remiss not to pass on this Ella-vating reminder, from Wendy and her daughter, that it don't mean a thing if it ain't got that swing.
David Rothman has recently been asked to serve as the Humorist for Colorado Public Radio, contributing a poem a month. The first two are "A Post-Election Poem" and "Fiscal Cliff Poetry."  Rothman will be the Master of Ceremonies for the Colorado State Finals of this year's Poetry Out Loud competition in March.  He is the Board-endorsed nominee to become the western region representative to the Board of Association of Writers & Writing Programs (AWP), with elections to be held this spring. Finally David will be chairing a panel at the AWP conference in Boston with John Barr and David Yezzi: “’Money is a kind of poetry’: Strategy and Tactics for the Small, Independent Non-Profit.”
Rose Kelleher is the featured poet in the Winter 2013 issue of Italian Americana, including an essay of hers and a couple of poems.  John Foy's review of a new book of poems by Gerry Cambridge, a Scottish poet, appears on the Contemporary Poetry Review website, and he will do a reading with several other NYC poets on February 14 at the Indian Café, on the Upper West Side of Manhattan.  Janice D. Soderling traveled from Sweden to California in the fall of 2012 as special guest reader at First Wednesday Formal in Oakland, and invited reader at the Rattle Series in La Cañada. Tilt-a-Whirl made a 2012 Best of the Net nomination of her villanelle “For Cherishing.”  Kelly McQuain  had his poem "Lent"  published in the Fall 2012 issue of Mead: The Magazine of Literature and Libation. He also writes essays about city life for The Philadelphia Inquirer, the latest of which is about the irony of officiating at a heterosexual couple's wedding when gay men like himself still cannot get married in Pennsylvania.
Derrick Austin has two poems in the latest Unsplendid, 4.3, "Blaxploitation" and "Anchorage".  Jesse Anger has a poem in the latest issue of The Void, and another piece, about a tarot card, in Measure.  Also, his band The Underground Divas released their second CD Freedom House Revisited.
Kin editor Walter Ancarrow contributed a poem to The Alhambra Poetry Calendar for Young Readers 2013.  Sure it's already 2013, but that merely compels you to buy the calendar and read the first fortnight of poems in one sitting.  Walter's poem "The Elephant" is for May 14th.  I, Uche Ogbuji, have several new poems published: "Rag Tags" in Red Fez, "Obscured Sunshine" in Lavender Review, "Ala Entertains" and "Mysteries of Harvest VI" in Eternal Haunted Summer, "Papa Peugeot" and a translation of Léopold Senghor's "Femme Noire" at The Ofi Press, and "Spirit Child" at Strong Verse.  Able Muse also features my interview with Catherine Tufariello, and I have a guest entry, "NaPoWriMo Six Months Later," on the Potomac Review blog.
In more Kin editor news Eric Norris published a little collection of dark poems and stories called "N is for Nothing". As the blurb says: "N is for Nothing is a picaresque mystery. Told in a series of letters, poems, stories and songs, it is a search for the true identity of the nefarious Mr. N in the pages of Time. Poet, philosopher, madman, prankster, or spy, who was Mr. N? When did he live? How did he die? How does a cow fit into his story? Nobody knows, least of all the Author. That is for the reader to decide." 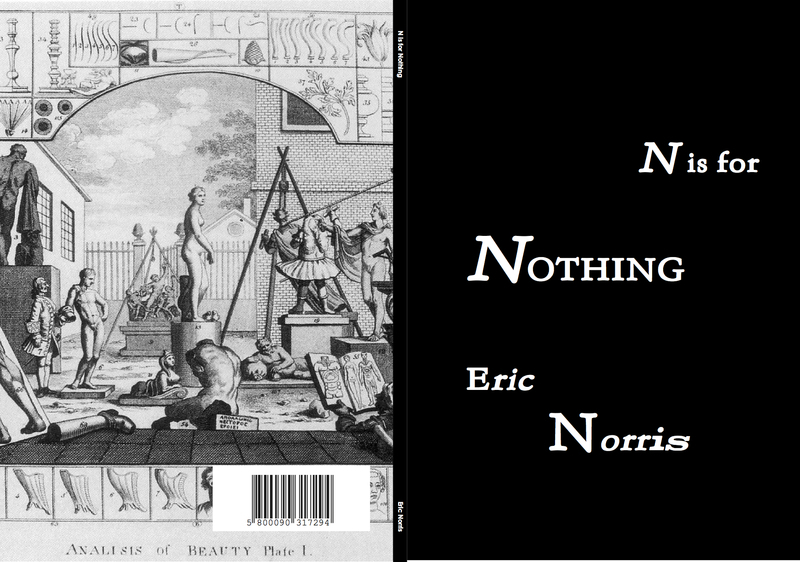 We're seeing the back of 2012:
Penury, politics, black and blue year;
But hope's in the poetry, badged by the fact that
Despite Meta-Mayans, we're somehow still here.
Be well,
Uche Ogbuji