If you've been following us closely, you'll know that this issue has been going for a couple of weeks already, so pardon this late announcement.  All this snow slows everything down, not just the traffic.  Of course I shouldn't be loosing too much talk of snow in the presence of this month's feature, Icelandic poet Gerður Kristný.  We already offered a taste of her work with last issue's "Prayer," and now we're running the usual self-interview and poems. 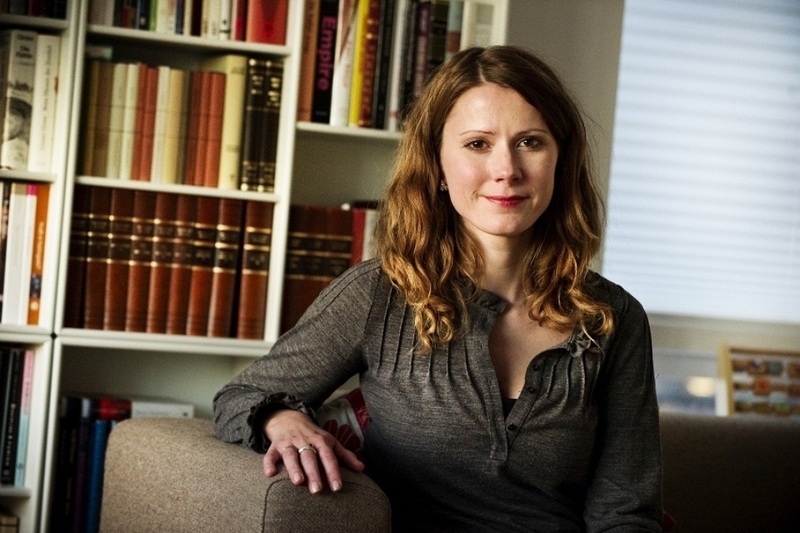 In my usual roundup of news from contributors I'll start with Marybeth Rua-Larsen, whose poem, "Heat," was published in the newly launched Cleaver Magazine, a Philadelphia-based e-zine.  She can also add to her bio that she's an original member of the Lake House Collective, which is a group of feminist women committed to reviewing books by women.  Jenna Le's poem "The Borgias," which first appeared in her 2011 book Six Rivers, was featured on the Poetry Brain Project this past week.  Her poem "Almost Abecedarian" also appears in the spring issue of Bellevue Literary Review.  Le's poem "Tanka" is currently up at thePortland Review.

Lisa J. Cihlar's poem, "Rental Cabin Up North," is in The Blues Issue of MiPOesias.  Two of Loh Guan Liang's prose poems are featured in Crack the Spine.  Three of his poems are featured in black heart magazine.  Karen Kelsay announces The Aldrich Press Award, the first poetry book contest from Kelsay Books.  The final judge is Marly Youmans.
Terese Coe has been quite busy.  Threepenny Review published her "Mise en Abyme" in December (Issue 132).  The Warwick Review (UK) published her dimeter translation from the French of Pierre de Ronsard, "To Guy Pacate" in their Translation Issue in December 2012.  Mezzo Cammin published her "On Reading Fraser's Mary, Queen of Scots" and "Minetta Creek," a children's poem, in January.  And Terese's poem "Terminal Manhattanite" just came out in Angle #3, edited by one of this issue's contributors Philip Quinlan, and one of next issue's, Janet Kenny.
The Raintown Review published Coe's translation from the German of Bertolt Brecht, "The Frayed Rope," in their Winter issue, 2013.  This journal, one of our kith & kin, is the recent locus for a lot of Kin contributors, including David M. Katzwhose poem "An Elegy for Jobs," is in te latest issue.  Katz also published "Scott's Last Tape," in the UK journal PN Review.

Maryann Corbett has new poems in Issue 5 of Southern Women's Review and in the inaugural issue of The Rotary Dial. Her essay on Alan Sullivan—his role as the "Editor from Hell" and his translation of the Psalms—was published in Berfrois. And her sonnet published earlier in 32 Poems was the subject of a thoughtful close read by Matthew Buckley Smith on the 32 Poems blog.
Jesse Anger has a little ditty about a beggar at Shot Glass as well as poems in the new Raintown Review and Angle.  He is also part of a March 30th reading in Montreal entitled Don't Send Flowers- Seek Vengeance, also featuring Kin contributor Quincy Lehr, and others. Jee Leong Koh's poem "Eve's Fault" was included in Ocean Vuong's portfolio of erotic poems for the Asian American Writers' Workshop. In its most recent issue the Quarterly Literary Review of Singapore published two of his poems "Haibun" and "Singapore Buses Are Very Reliable" as well as a long review of his latest book The Pillow Book.  John Foy has a poem, “Cost,” in the February issue of The New Criterion.  Foy introduced Quincy Lehr’s new book at the March 2 launch party.  The book is called Shadows and Gifts (Barefoot Muse Press, 2013).
Last issue's featured poet Alison Brackenbury has also has new-book news as her collection of poems, Then, is now available from Carcanet Press (on Amazon: U.S. & U.K.) The cover features praise from Gillian Clarke, the National Poet of Wales:

Alison Brackenbury loves, lives, hymns and rhymes the natural world and its people like no other poet. 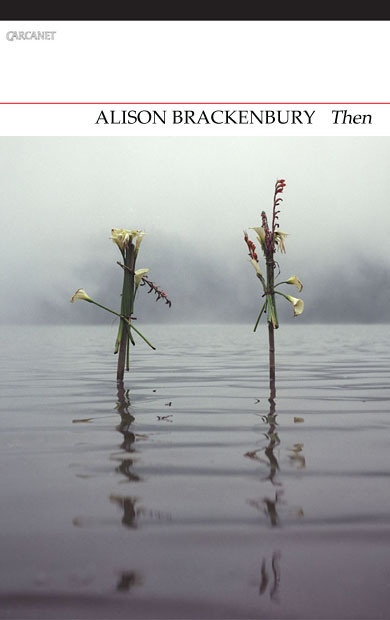 Kin editor Eric Norris has also joined the party at The Raintown Review with an essay called "Tweets and Twitters and Quantum Jitters: Poetry in the Twenty-First Century."  I, Uche Ogbuji, have a couple of anti-Valentine poems, "Sampled" and "Emissus," in the Valentine 2013 issue of Featherlit, and a couple of poems at the latest IthacaLit,"Above Left Hand Canyon" and "How Close?".  I recently gave a performance of poetry at the CU Boulder African Night festival, and I have some audio from my in-pocket mobile phone here.  This weekend I head to Carbondale, Colorado, near Aspen, to give a performance and a workshop ("Poetry from the Heart's Far-Flung Places") at the Karen Chamberlain Poetry Festival.  I'll be looking forward to spending time with former Kin features Wendy Videlockand David Mason.  There will be an exhibit of Videlock's art alongside that of Aspen artist Kim Nuzzo. 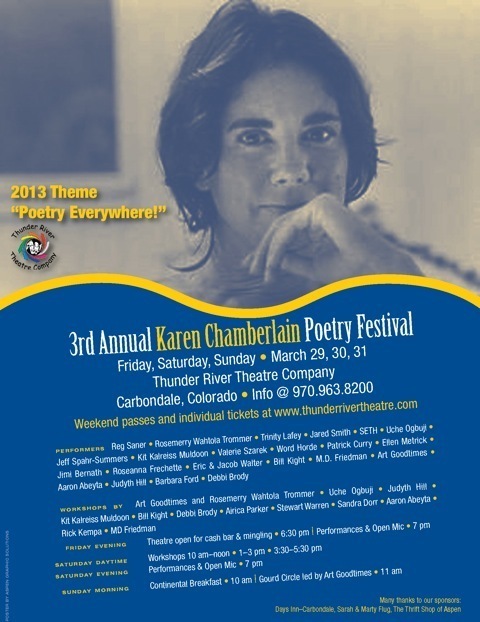 I'd like to close with a mention of two literary deaths close to me.  Chinua Achebe, inspiration for so many African writers, including me, died on 21 March.  He is best known for his book Things Fall Apart, but he was also a poet, and for me his most important book might turn out to be There Was a Country: A Personal History of Biafra, which I read just a couple of months ago.
The second passing was that of Paul Stevens, teacher, poet editor, critic and more.  He founded and edited three online literary magazines: The Flea, Shit Creek Review, and The Chimaera.  He was a mentor to many, and I will speak of how he inspired me in my work diting online journals, and in my work as a poet.  When I first dipped my toe in the waters sending my poems to prospective editors, Paul Stevens was one of the first to respond kindly, and to publish a couple of my poems (in The Flea).  I am sad I never met him, but I'm grateful I knew him.  Here is a stanza from one of his poems, many of which are gathered at The HyperTexts.

A child—of his laboratory—
Freed from the womb of earth,
I gathered up my errant soul—
And stepped—gravely—forth.